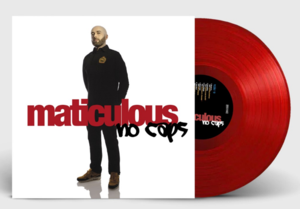 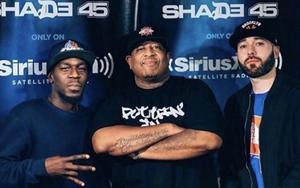 1999 BCCHS graduate Matthew Connell has just released his fourth hip-hop album. Read about the work that maticulous is doing!

Bishop Carroll Catholic High School has always been a supporter of the arts.  The school celebrates the work of our current students and is proud of the work our graduates have done with art and music in their adult lives.  One such alum is 1999 graduate Matthew Connell.

Matt, whose artist name is maticulous, has just released his fourth full length album entitled “no caps,” which he produced entirely himself.  He has been releasing various EPs and other projects since 2011.  Matt says that music has always been a big part of his upbringing, but he didn’t really choose to pursue it until about 2000.  “I think it was always something I thought about subconsciously, but the more I became consumed with hip hop culture, the further I wanted to take my participation in it,” said Matt.  While he was still living in Ebensburg, he purchased turntables and began DJing, but it wasn’t until 2005-2006 that he started producing his own material.

After graduating from BCCHS, Matt attended college at IUP and had a hip-hop radio show with fellow BC alum Dan Isaacson (Class of 2000) from 2002-2004.  He then earned an internship at a record label and distributor, Fat Beats, in New York City.  Matt says that he learned a lot about the business side of the music industry and worked his way up to becoming the buyer/manager for their brick-and-mortar store.  After about three years, he was promoted to A&R and international sales.  “It was a great learning experience, and I made many valuable friendships, but around 2011, I wanted to step away from the business aspect and focus more on the creative side,” said Matt.  In April 2011, he released his first album, “The maticulous EP,” on vinyl and digital.  Personally, he married his college girlfriend in Queens, NY in 2008, and they had a daughter in August of 2014.

When asked about how his time at Bishop Carroll benefited him, Matt responded, “Living by the Golden Rule, treat others how you’d like to be treated.  I think that concept is lost the older we get.  We all came from the same place.  Be kind!”

Matt believes in the importance of music,  “Music is important for me personally because I learned most of my life lessons from music of all genres, whether it be factual matters like world history or things like self-reflection, empathy and love.”  For any young people considering music as a life path, Matt adds, “Be passionate about whatever you are pursuing, because it is not easy, and the love you have for whatever it is that you choose is sometimes the only thing that will keep you taking steps forward.  Often, you will only see a fraction of the fruits from your labor.  The dedication, patience, perseverance, and sacrifice are the factors rarely seen, but are the most important.”

To learn more about maticulous, please visit maticulousmusic.com for full discography, physical products available for purchase, as well as all social links to follow and support him on Instagram, Facebook, Twitter, and more.  Congratulations, Matt (maticulous), on all of your success, and best of luck with the new album!  We are proud to have you as a BCCHS Alum!

Picture 2 - Matt (maticulous), at right, with DJ Premier (center), and Justo The MC, at a promotion for a record at Sirius XM in 2019.  Premier is considered by many to be the greatest hip-hop producer of all-time.  He’s made records for Jay-Z, Nas, Biggie, Janet Jackson, and Christina Aguilera, to name a few.

Bishop Carroll offers a wide range of music classes, including chorus, band, and music theory.  Many of the students also participate in Liturgical Choir and Drama.  Students have qualified for District Chorus and District Band.  For more information about Bishop Carroll arts, please visit our website at www.bishopcarroll.com.