Alumni News from 2014 Grads—Send Yours for an Upcoming Issue 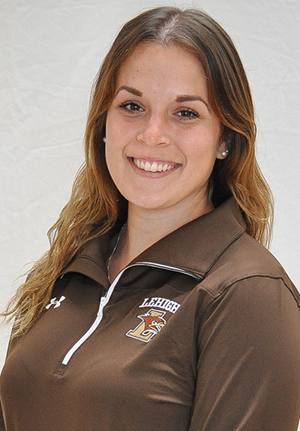 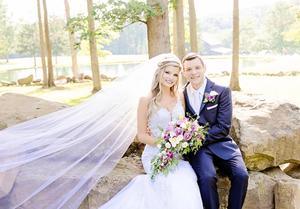 What’s the record for number of BC graduates in a wedding party? Brooke Semelsberger ’14 may have it beat. Plus, Sarah Gomish ’14 will coach at Lehigh.

Brooke Semelsberger ’14 Weds with Plenty of Huskies by her Side

The bride is the daughter of Scott & Carolyn (Antos) ‘84 Semelsberger of Northern Cambria. The groom is the son of Russell & Patricia Corrente of Portage. Several members of the wedding party are Bishop Carroll graduates. Brooke’s sister Alexa (Semelsberger) Brown ‘10 was matron of honor, and her sister Caroline Semelsberger ‘18 was maid of honor. Bridesmaids were Taylor Ostinowsky ‘20, cousin of the bride; Taylor (Rake) Farabaugh ‘14, Brielle Corrente, Haley Krug ‘14, Paige Billetdeaux ‘14, and Madison Ostinowsky ‘23, cousin of the bride. Ella Wildauer was the flower girl. Best men were Dr. Connor Corrente and Courtland Corrente, brothers of the groom.  Groomsmen were Scotty Semelsberger ‘20, brother of the bride; Matthew Brown, brother-in-law of the bride; Ryan Scoran, Doug Burkett, Zack Rozansky, and Cody Warner. Colin Bracken was the ring bearer.

The reception was held at The Chetremon Golf Course and Event Venue, Cherry Tree, PA.

Brooke is a 2018 graduate of St. Francis University, where she received a Bachelor of Science degree in psychology and health science.  Brooke received her Master of Occupational Therapy degree in 2019 from St. Francis University. She is employed as a school-based licensed occupational therapist at Camco Physical and Occupational Therapy, LLC, Johnstown. Corbin is a 2010 graduate of Portage Area High School and a 2014 graduate of Penn State University, University Park, where he received a Bachelor of Science degree in mechanical engineering.  He is employed as a mechanical engineer at Navmar Applied Sciences, Johnstown. The couple resides in Ebensburg.

Sarah Gomish ‘14 will start her first season as assistant volleyball coach at Lehigh in 2021. She joins head coach Alexa Keckler's staff along with fellow assistants Deb Schlosser and Emily Poole. Sarah was most recently at Fairleigh Dickinson University in Teaneck, N.J. in the same role. In her one season with the Knights, the program earned a First Team All-NEC selection for the first time in 10 years (OH Victoria Demmene).

After playing three seasons at Lock Haven University, Sarah played her final collegiate year with the Bloomsburg Huskies during the program's inaugural season in 2018. She led Bloomsburg in kills with 328 (3.49 per set) and points with 349 (3.71 per set) while ranking second on the team with 289 digs (3.07 per set). For her collegiate career, she totaled 1,195 kills and 1,046 digs.

In December of 2018, Sarah was one of 14 recipients across the country to earn the 2018 American Volleyball Coaches Association (AVCA) Coaches 4 Coaches Scholarship. The scholarship provides the opportunity for up-and-coming volleyball coaches to attend their first AVCA Convention with the scholarship money used to pay for Convention registration and hotel costs.

"It's an absolute honor to be able to coach at Lehigh and work with Coach Keckler and the staff that's already here," she said. "Being at a university with such a strong academic and athletic reputation is a great experience for incoming and current student-athletes and prepares them well for their futures. I'm looking forward to working with the staff, the players and the whole athletic department."

Sarah played both volleyball and softball for the Bishop Carroll Huskies.

Submit your news to the alumni office: [email protected]