What plan does God have for my life? 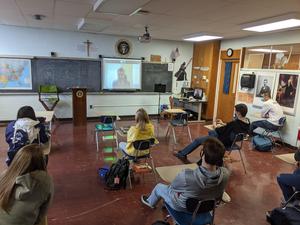 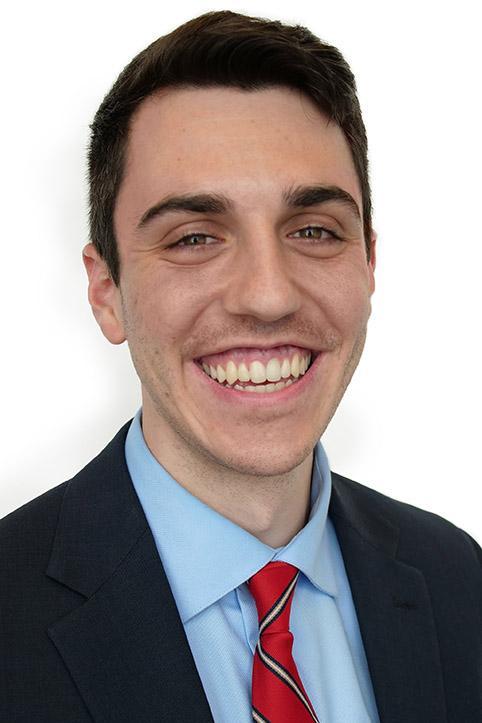 2013 BCCHS Graduate Connor Semelsberger joined the AP Politics Class by Zoom to discuss how his life path has taken him from Ebensburg to Washington, DC.
Connor Semelsberger is a man that believes in himself, and that belief comes from following the path of God.  This 2013 BCCHS graduate knows that everything he has comes from God, and is appreciative of his time on Husky Hill.
Connor spoke recently via Zoom to the AP Politics Class.  After BC, Connor attended the University of Maryland.  He began college in the engineering field, but later switched to government and politics, eventually earning a Master's Degree in Public Policy with a focus on non-profit organizations.  He believes that God helped influence his decision to change majors, and that God had a different plan for his life than he had.
After acquiring his degree, Connor was offered a position at the Family Research Council, a Christian, Pro-Family, Pro-Life lobbyist firm in Washington, DC.  He has worked various jobs and is currently the Director of Federal Affairs for Life and Human Dignity.  His job is to lobby members of the government about Christian issues.  Connor explained to the Politics Class that he is able to speak with Congressmen and Senators (currently virtually) about important issues.  He also spends a great deal of time reading bills and providing interviews.  He recently spoke on EWTN.
He is very excited to use the skills that he learned from Holy Name to Bishop Carroll to Maryland, but is even more pleased to be able to put his faith into action.  He said he has always prayed, "God, what is the next step in life that you want me to have?"  This is what has led him to his current position at the FRC.  He said, "My faith has always been important, but at some point I decided it was the most important thing, and that has helped me in making my decisions.  I let God lead me."
The class was able to ask Connor questions about his job and other topics that interested them.  He explained how much influence people in different levels of the government have, and answered questions about legislation, including his work in the Pro-Life movement.  He explained he works closely with the United States Conference of Catholic Bishops and the Knights of Columbus to represent their views.  He explained, "Many people do not get the chance to voice their opinions and views.  That is where I come into the picture.  I feel privileged to take these important issues to the various politicians."
One student asked Connor if he ever plans on running for Congress.  He laughed and responded, "I'm not ruling it out, because if that is what God wants me to do, then I will follow his ways.  So many get into politics for the wrong reasons.  I got into politics to try and further the views and interests of Christians all over the country.  I'm only 26, so I have a ways to go on that path!"
Mr. Nagy explained to the class that Connor was always a driven student.  "I remember taking students to meet with Congressman Rothfus in DC, and Connor remarked to me on that trip that he would work in DC someday.  I told him to go for it and follow your dreams, and he has!  I couldn't be more proud of the work he has done and continues to do.  I am privileged to call him a friend!"
The class was excited to interact with Connor, and he has agreed to come back several more times to answer their questions and add more information.  The students felt like this experience was worthwhile, and in the midst of pandemic guidelines, was presented in the best way possible.  Senior Ethan Cunningham remarked, "He is a very intelligent man and I love his enthusiasm.  I could listen to him speak all day."  And that is why Connor is suited so well for his position.  He is so enthusiastic about his faith and his work and that feeling rubs off on everyone he meets.  He has truly embodied the mission of Bishop Carroll Catholic High School.
Connor currently resides in Maryland with his wife Courtney.  While he may live away from the area, his heart is always here at home.  "If I ever decided to run for office, I would want to return to Pennsylvania, and do my best to represent the people I love and the home I love."
Congratulations to Connor on all of your success.  Our prayers are with you as you continue your work!
You can read Connor's entire bio and his work at https://www.frc.org/connor-semelsberger.